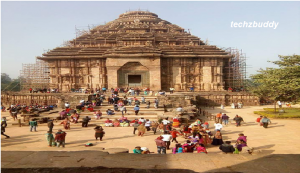 Konark is also known as “Konaditya”, the name is derived from the word “KONA” which means “corner” and “ARKA” means “Sun“, It is situated on the northeastern corner of Puri or Chakrashetra.

Konark is also known as Arkakshetra during ancient times. As the name suggests, the temple worships Lord Surya (the sun god). The temple is shaped like a Giant Chariot and is famous for its wonderful and amazing stone carvings covering the entire structure. It is having elaborately carved stone wheels, pillars and walls.

The temple was built as a requiem to the Sun God of Hindu mythology, blending a fantastic mix of scientific ingenuity and architectural masterstroke, in the year 1278 CE by the Ganga King Narsimha Deva 1 & the temple was referred to as the “Black Pagoda“. As it was made from black granite stones.

The ruins of this temple were excavated in the late 19thcentury. A major part of the structure is now in default still even in this state, it is marvelous. The temple is a UNESCO World Heritage Site and is one of the seven wonders of India.

Legends have it that Samba (son of king Krishna and Jambavati) entered the bathing chamber of Lord Krishna’s other wife, and was cursed by the lord with leprosy. It was decreed that he would be relieved of the curse by worshiping the sun god on the sea northeast coast of puri. Accordingly, Samba reached Konaditya Kshetra and discovered an image of God Surya seated on the lotus, worshipped him, and was relieved of his curse.

The temple is known widely not only for its architectural grandeur but also for its mindboggling sculptural work. The entire temple has been conceived as a chariot of the sun god with 24 wheels, each about 10 feet in diameter, with a set of spokes and elaborated carvings.   Seven prancing horses are shown on either side of the steps to reach the entrance of Konark temple.

The next to come to the Seven prancing Horses. First and Foremost they are not the number of days in a week are not an attribute of the Sun or an appearance of earth moving around the sun.

ADHUKSHAT PIPYUSHIMISHAM URJAM SAPTAPADIMARIH SURYASYA SAPTA RASHMIBHIH.  It means 7 different colors of rays emitting from the sun, will give 7 different energies. So the 7 horses at Konark represent the seven constituent frequencies of the sunlight (VIBGYOR Like in a rainbow). 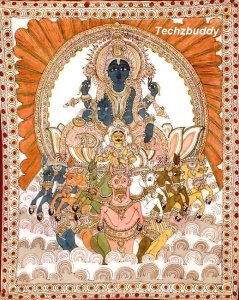 It Is an indication of the awareness of ancient Indian physic that allowed such Sciences/ magic to be built into the temple in CA 1200s some 400 years before ISAAC NEWTON theory of light in1672.

The entrance is guarded by two lions, each killing a war elephant and beneath the elephant is a man. The lion represents pride, the elephant represents wealth and both of them consume a man. 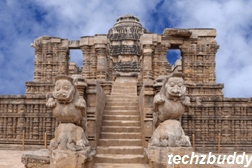 -Konark temple was initially built on a sea bank but now the sea receded. The temple was also known as BLACK PAGODA  due to its dark color and was used as a navigational landmark by ancient sailors to Odisha.

Every day the Sun’s ray would reach the Nata Mandir from the coast and reflects from the diamond placed at the center of the idol.

A heavy magnet was placed at the temple top and every two stones of the temple are sandwiched by iron plates. The idol was said to have been floating in the air due to the arrangement of magnets. The magnet at the top is said to disturb compasses for coastal voyagers and later on removed.

I hope you all like these facts and remember some of them. That’s our heritage and culture and we should respect and learn from it. 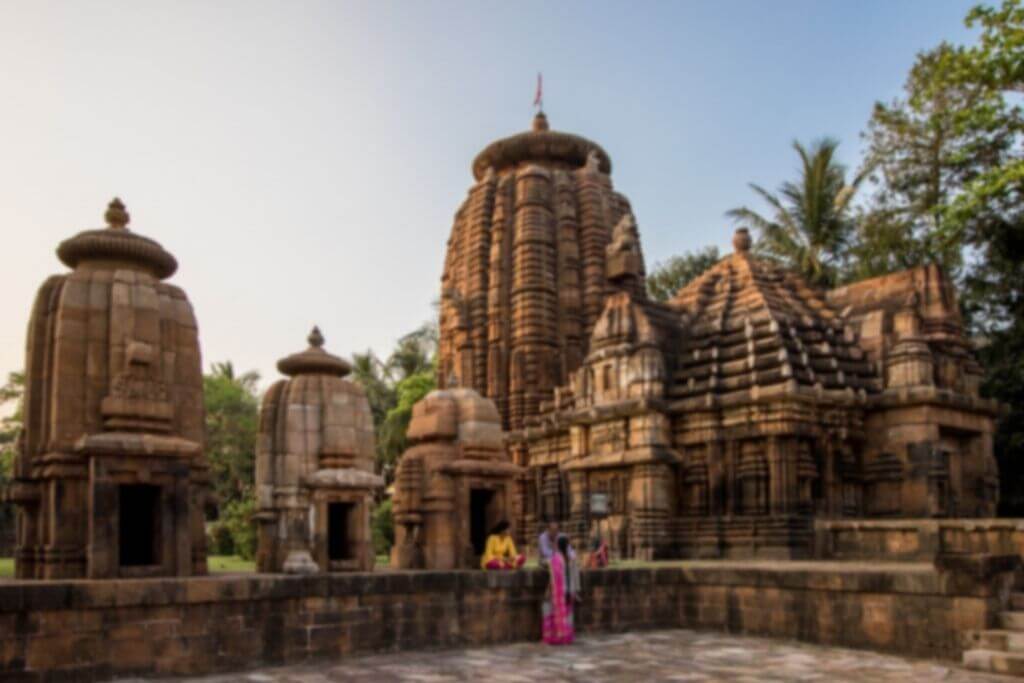 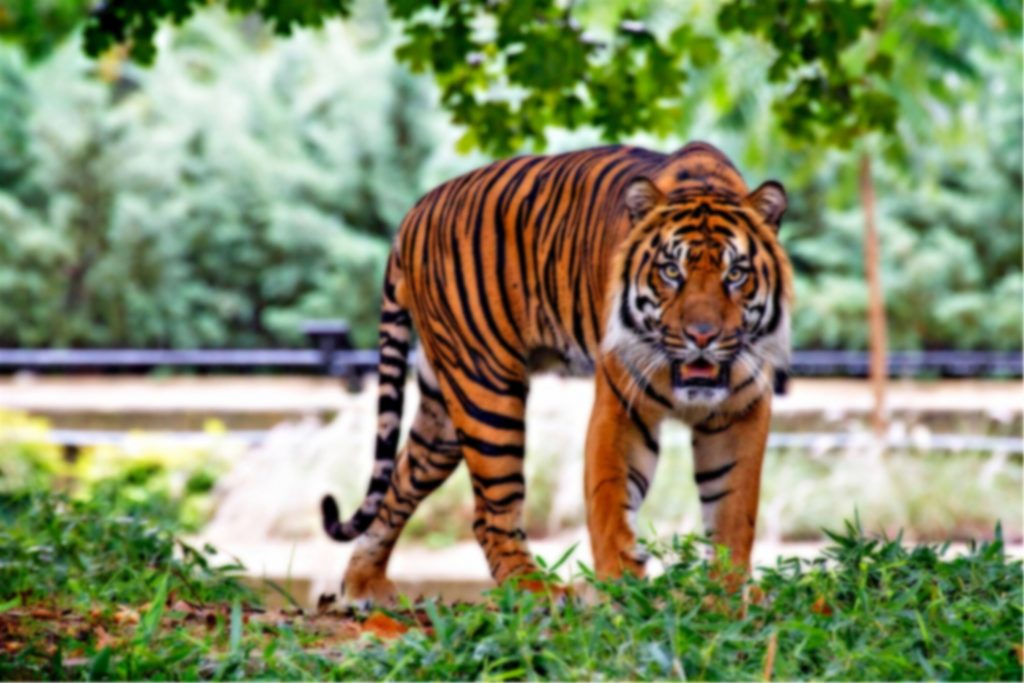